Cricket world was unware from forthcoming Storms untill the footsteps of  the captain of captains, the 'Prince of calcutta' Sourav Ganguly (dada) and after  the wall of China, "The Wall" Rahul Dravid (Jammy) not laied at Lords.

These two legendary Era, not only of Indian cricket but also of the world
debuted in the test vs England on the very same day. where Rahul
Dravid fell just 5 runs short of achieving the rare distinction of a
century on debut, but youngster showed a lot of promise and had been a
regular member since. On the other side, a left hand batsman was
demolishing English attack with his off Side strokes and This way
Sourav Ganguly achieved the rare distinction of Golden debut with a
hundred. The crowd marvelled at the silky smooth cover drives and
India found a new batting star at the Mecca of cricket. DADA was also
get 3 wkts as a bowler.

Though the match was ended with drawn but this was the beginning for
these two who later became captain of Indian team and after
contributing a lot for Team India they retired from all the formats of
cricket with huge records and achievements. 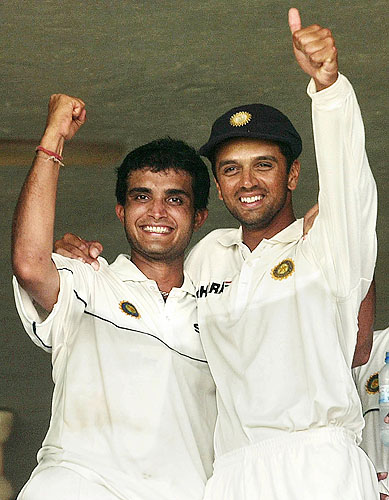