Rohit and India clinched the Trophy

Phew! It was one incredible game of cricket and everyone would had thoroughly enjoyed it, leaving apart the bowlers in the game. 700+ runs were scored and eventually, India came out as deserving winners of the match and the series. India won the Series decider nerve wracking Final by 57 runs That ended the 7-match series and India took the series 3-2. What a series it has been! It was for batsmen. Rohit's record-breaking inning of 209 set up a massive total of 383-6 after 50 ovs. than after Faulkner blazed away indian bowling as he scored fastest hundred for australia but couldn't seal the victory. And India won a more than 5 matches series against Australia after 1986.
At the End of the Match , MSD to Shastri "we chased down 350 plus twice against their bowling. Nobody talks about the Australian bowling and I don't want to be unfair to my bowlers". some meaningful words.
Stats and Records of the Match:
■Rohit became the 3rd batsman after Sachin and Sehwag to score a double hundred in ODIs.
■Rohit's 209 is the highest individual ODI innings against Australia. The previous best of 175 was held by Tendulkar and Gibbs.
■Rohit (16) broke Watson's record (15) of most sixes in an innings.
■India (383/6) scored their highest total in an ODI against Australia and became the first team to score more than 350 3 times in the same series.
■Rohit scored 1000 ODI runs in a calender year for the 1st time besides bringing up 3000 runs in his career.
■Rohit's 4th ODI hundred was his second of the series.
■Rohit became the 4th batsman after Bailey, Misbah & Kohli to reach 1000 runs in 2013.
■Before this series, no batsman had scored two centuries in an ODI series between India and Australia. Kohli and Rohit finished with two each.
■Rohit & Dhawan added 112 for the 1st wicket, their 3rd of the series & sixth this year, a record by an opening pair.
■Rohit and Dhawan put on a 100-plus stand for the third time against Australia. That is the most by any opening pair.
■Rohit went past Tendulkar's record of most runs by an Indian in a bilateral series. Rohit finished with 491 from six innings.
■The Indian innings contained a total of 19 sixes. The highest before that was 18 (on four occasions) and India had done so twice
■India blasted 19 sixes. The highest in an inning before that was 18 (on four occasions) and India had done so twice.
■ Rohit makes 209, the third ODI double ton, with SIXTEEN SIXES.
■ Faulkner makes 57-BALL TON, Australia’s fastest in ODIs.
■ India make 383, winning the game by 57 runs, and series 3-2.
■ 38 SIXES hit today—19 by each side, a record aggregate.
■ Glen Maxwell gets FIFTY IN 18 BALLS, the second fastest in ODIs.
■ Bailey’s FIRST FAILURE of the tour costs Australia the game.
■ Vinay concedes 102 RUNS in 9 overs, the worst ODI figures by an India bowler. 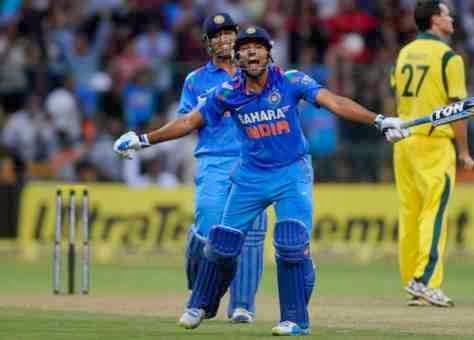 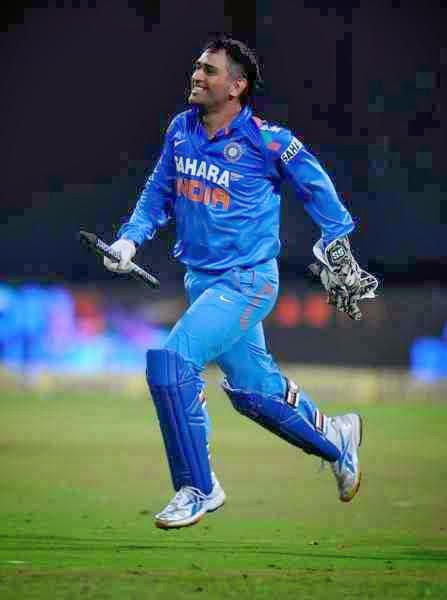 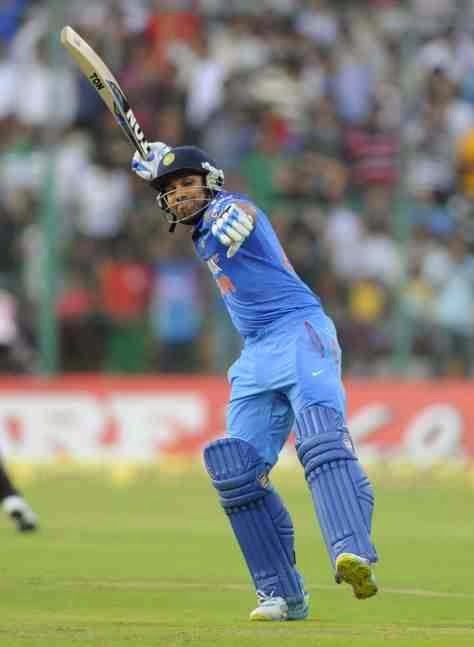 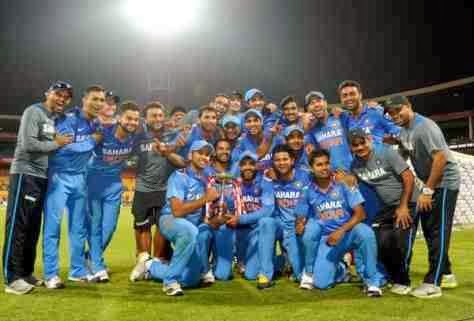 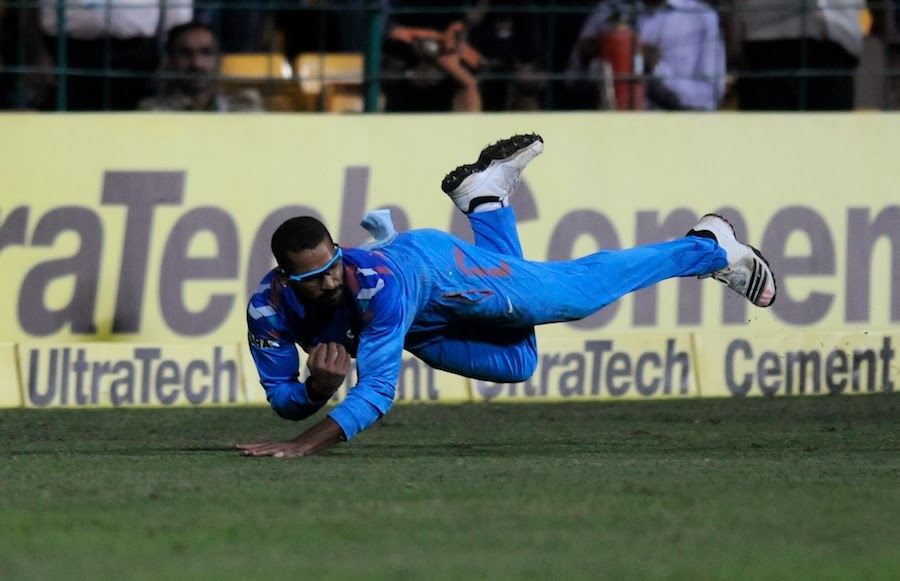 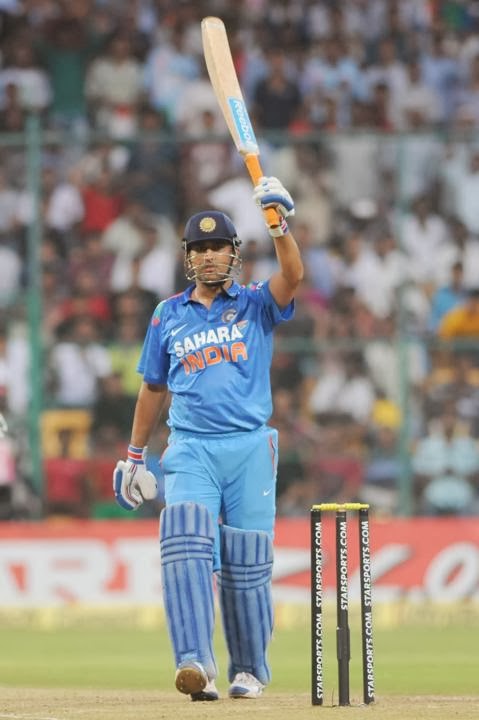