"Bharat Ratna" Sachin Ramesh Tendulkar, the name itself has a story to tell, probably the only name which has meaning to it beyond what it actually means. Yes that meaning is "Cricket". Cricket Fans were absolutely electrifying and they never stopped the Sachin.. Sachin.. chants whenever he came to play over the years.
Who did see to crying the GOD ?
The reply must be in Yes coz we all were witnessed That Moment.
For three decades now the Little Master has entertained, celebrated. In Adieu , he also couldn't stop himself to brake into tears, touched the pitch, waved to fans and didn't forget to wave INDIAN Flag. Along Entire Nation , Cricket world also broke down in tears. You can imagine that , all the People, presented in stadium were wearing dark glasses and it was difficult to make out their emotions . Probably First time ever Millions of People were cried at a same Time , A record he made before to go !


This surely has to be the greatest farewell to a cricketer. 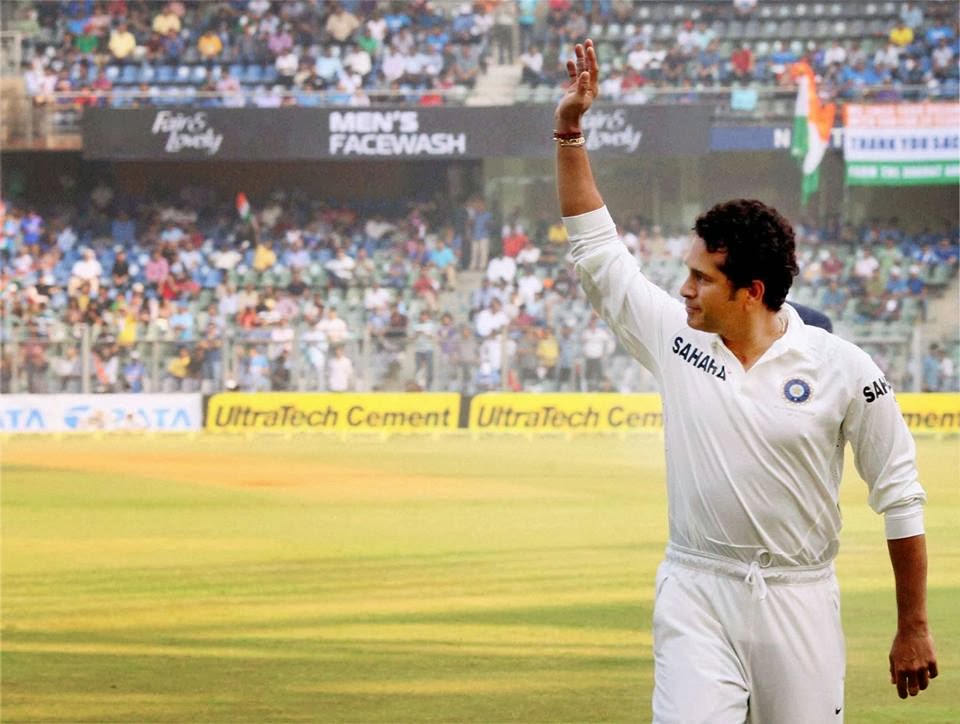 Team India won the Historic 200th test by an Inning and 126 runs and also clean swept WI team by 2-0. Sachin tendulkar made 10 and 74 runs in last two tests. Dhoni and Kohli carried the Master on their shoulders and why not, who took the responsibility of Millions of Cricket Freaks for the 24 Years. He was made his test debut on 15th nov 1989 and end on 16th nov 2013.
Indian Govt decided to Give Him Highest Civilian Award "Bharat Ratna" for his commitment for Cricket and serving the Country and Gave Reason to re-joice.
That was a "mobile guard of honour" with the Indian players on either side jogging sideways and clapping. A solemn moment. MSD , TEAM INDIA, WI Team and spectator Made this FAREWELL TEST even more memorable as MSD made Sachin to Captain of 200th test, WI team gave tribute in their own way and Spectators were tremendous since starting of this Star Sports Test series. Broadcaster Star Sports and Many TV channels were also given tribute to the legend. BCCI also made this farewell series unforgettable as they campaigned to give Digital Autograph via twitter to SRT Fans.  Many of His Friends like Dravid, Sourav, Ravi shastri , Kumble , Yuvi, Bhajji , Aamir Khan (who did commentary for SRT), Lara and list is so on,  His Mother , wife, Daughter and son 'Arjun' , everyone was present there.
How could the Social Network like Facebook, twitter , G+, youtube untouched from the farewell of The God of Cricket ? All there were Sachin trend. Many Inspirational personalities were give their tribute to him by twitter. This Might be the greatest farewell for A Cricket LEGEND. 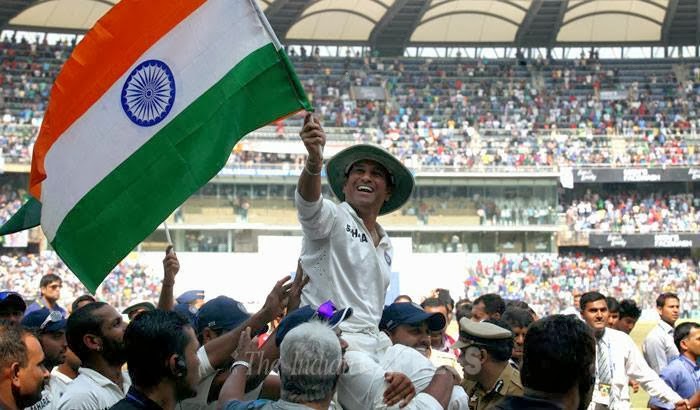 Final Words of Sachin before bid Retirement:
SACHIN: 'All my friends, settle down. Let me talk, I'll get more and more emotional.' The crowd goes berserk out there. 'My life, between 22 yards for 24 years, it's hard to believe that the wonderful journey is coming to an end. But I would like to take this opportunity to thank people who have played an important role in my life. 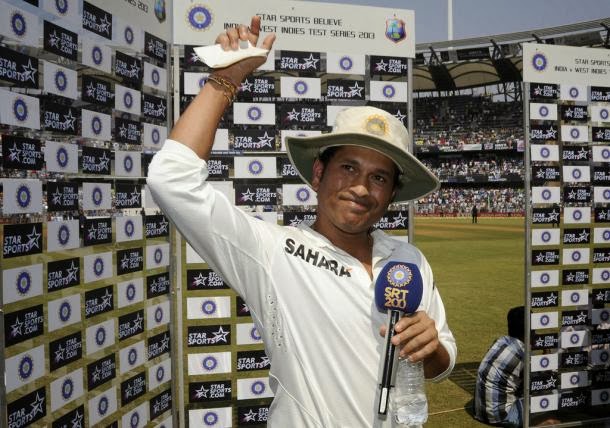 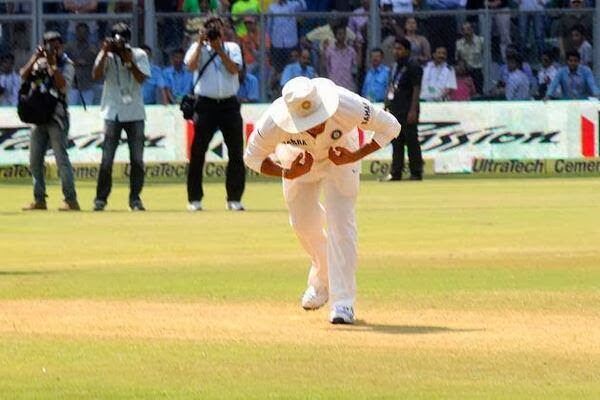 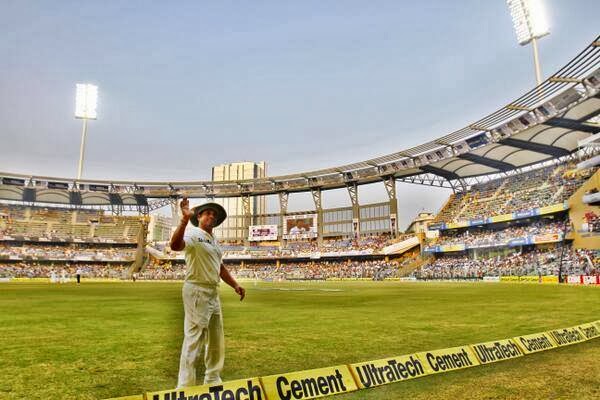 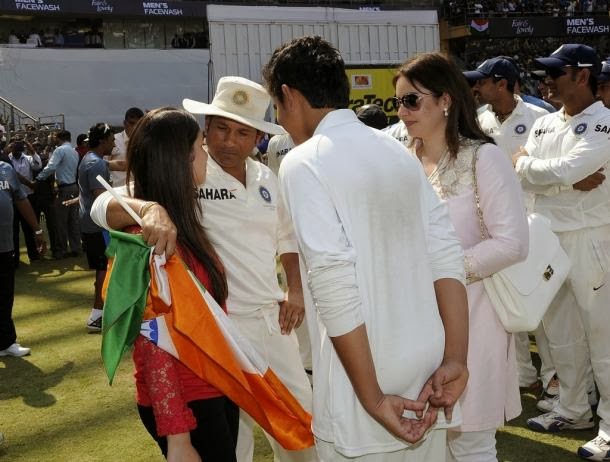 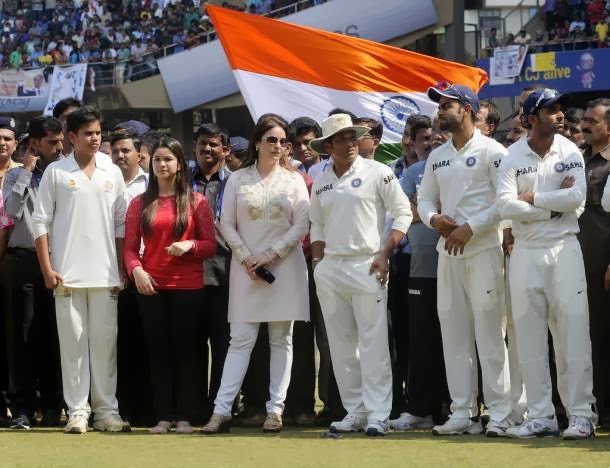 That is the end of a 24-year illustrious international career.Though Sachin retired from International Cricket but we all fans want that he continue keep supporting Cricket and we will always miss u at 22 yards.IT is hard to believe that He Retired from Cricket . It is looked like Cricket Retired from Cricket Itself.
The man who gave billions of memories in the last 24 years,
The man who gave a reason to Indians for loving a sport called 'Cricket",
The man who taught us the real meaning of "Dedication",
The greatest man who was, is & always will be appreciated around the world,
AND, the man with whose retirement, crores will retire from watching Cricket,
SACHIN TENDULKAR, WELL OFCOURSE !

Thank You Sachin for everything that you have given us.
We will never forget ur passion, dedication, love for cricket.
Thank You for giving us countless memories.
On Behalf of Millions of cricket fans, here i wishing YOU a beautiful and gracious future. 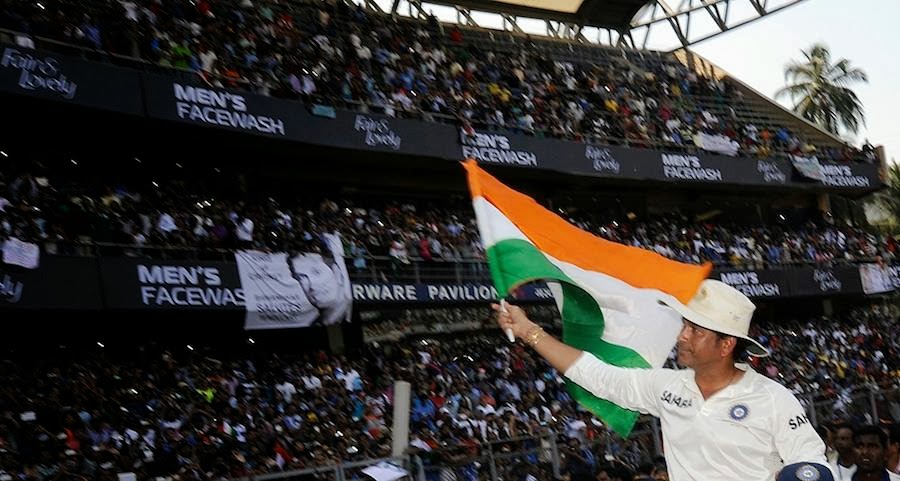 This is a small way and my effort of giving a tribute to the country's biggest legend.
THANK YOU SACHIN