When India play against its arch rival Pakistan then million hearts of both the countries are stopped to beat till the result not comes. As India jolted Pakistan by 76 runs, they have now been successfully started off their ICC world cup 2015 campaign on a bright note.

India were seeking for a victory since the starting of their Australia tour but couldn't capitalise that, but finally a win came into their pocket in world cup.

After winning the toss, India had opted to bat first at Adelaide oval. Dhawan and Rohit had made their ways to open the innings for Team India but soon after starting the match, Rohit was dismissed cheaply. Then Vice captain Virat Kohli came to crease to build the P'sip with dhawan. Both were playing sensible cricket till a misunderstanding of a run out was not occured between these two batsmen and in the result of Misbah's direct-hit, Dhawan had to walk back on his 73 runs. Suresh Raina joined kohli who was playing on 73*. Now team India were depend on these two dangerous middle order batsmen to score well and set a big total for Pak without losing the wicket and exactly same was happening. Meanwhile Pak keeper dropped a catch of kohli who was looking more aggressive towards making the runs. From 35 to 40th over, in which batting powerplay was taken, Pakistan bowlers conceded only 25 runs but India hadn't lost any wicket which was a big thing. In the 43rd over of India's innings, Virat scored his odi century no.22, that is faster than anyone else in ODI cricket. Raina had also been completed his odi fifty just after Virat's ton. But very soon, to gear up the run rate, both were out quickly
on 107 and 74 respectively. Sohail khan was a bit of impressive with the ball in the death overs and took a Fif-er on his world cup debut. India were finally managed to put 300 runs on the scorecard after losing 7 wickets.

After the break, Pakistan were there to chase the target as their openers made their ways to kick off the innings. As sooner as the inning started, Shami got Younus khan in the 3rd over of the inning. Haris Sohail joined Shehzad, both were playing steady innings against Indian bowling attack but couldn't capitalise their score. The rest were just come to show their presence and enjoy the match except their Captain Misbah ul haq, who showed some resistance and played an inning of 76 runs before being out as 9th player. Hence, Pakistan couldn't break the jinx of losing in the world cup against India and lost by 76 runs. 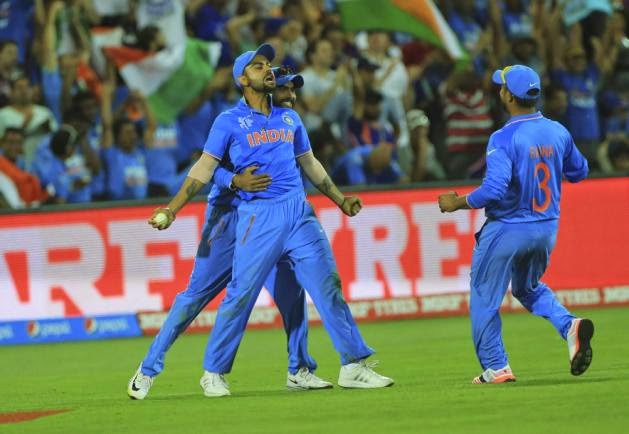 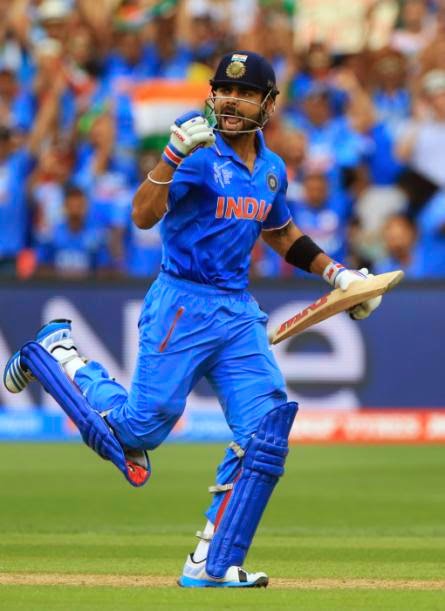 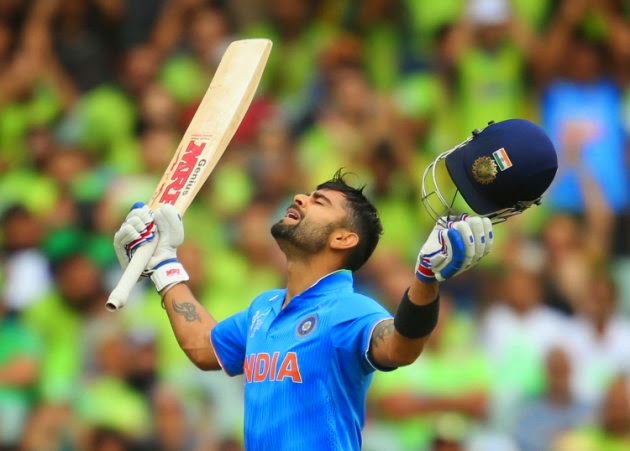 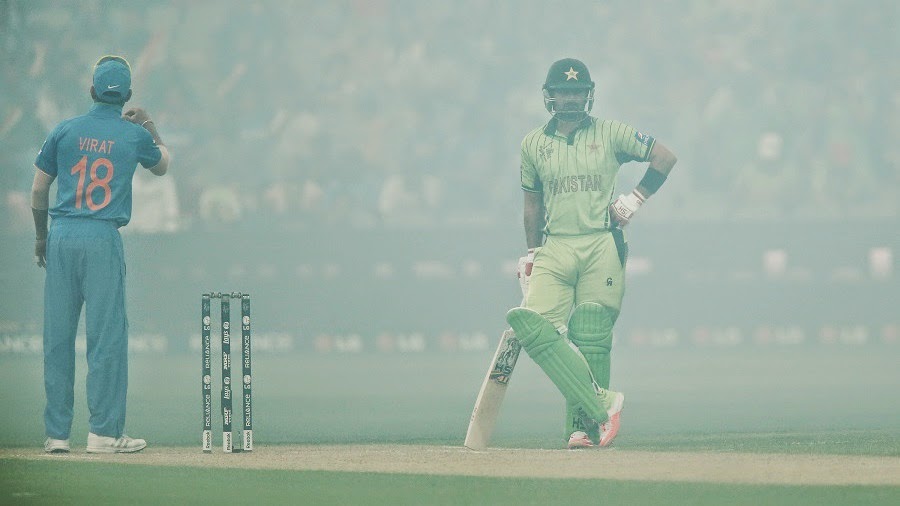 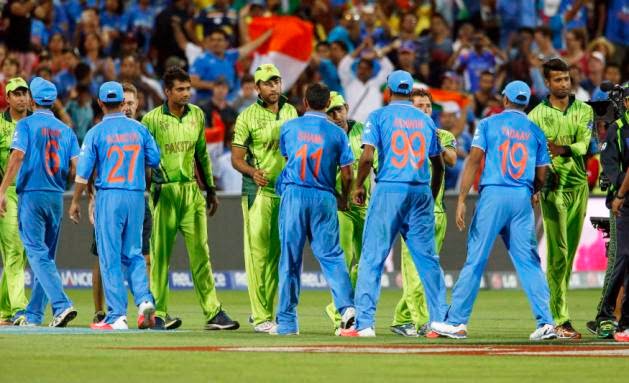 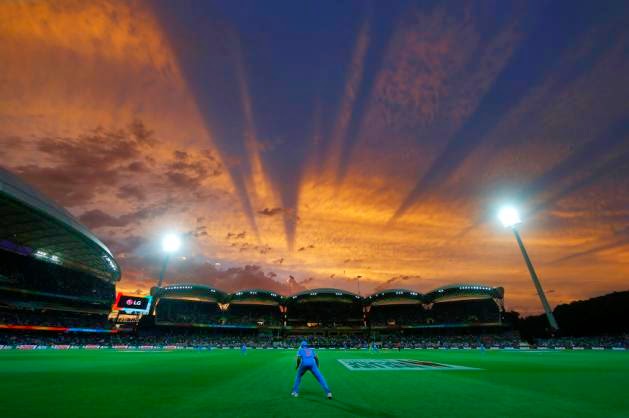 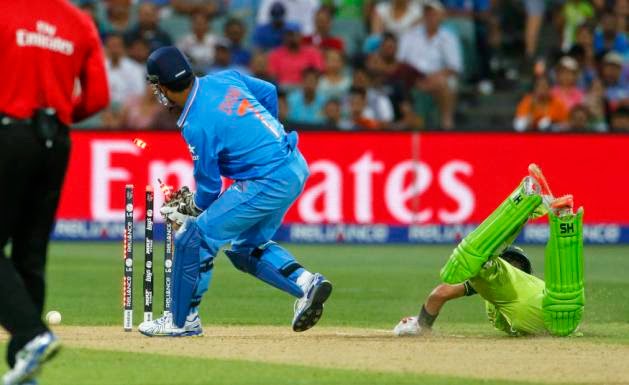 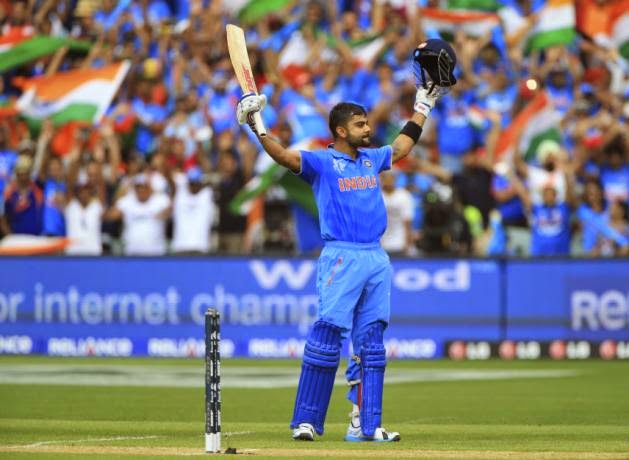 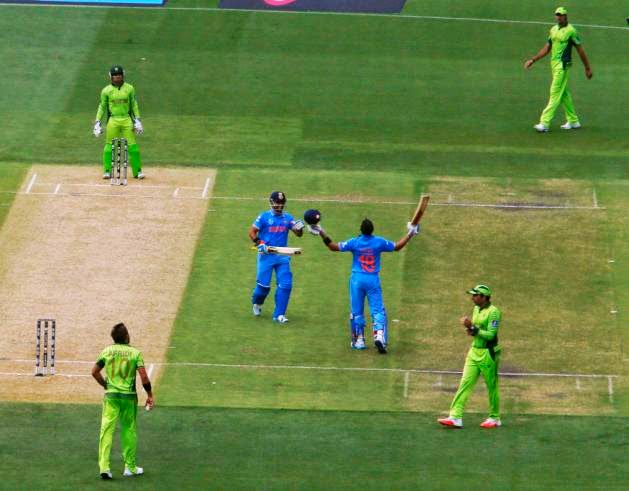 Now the big task is coming ahead, as India will have to take on South Africa on 22 feb. Dont't Forget that India never won a single match against SA in world cup (0-3).

Congrats team India for one of the biggest win in terms of emotions and All the Best for upcoming matches.
Posted by Unknown at 12:39:00