When Team India were playing its second one day international against Africa, on the very same day, somewhere in Maharashtra,undoubtedly 'SACHIN' of Indian bowling attack and India's finest left-arm pacer Zaheer khan made his mind to call it a day from international cricket after a long strain in his shoulder, saying he was not fit enough to deal with the rigours of the modern game and to make new beginning.
Khan, who turned 37 earlier this month, was India’s go-to new ball bowler at home and abroad despite being plagued by injuries throughout his career. 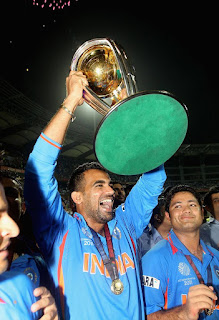 Zaheer khan gave up a career in Engineering due to his passion for bowling. In his initial cricketing days, he was playing for Baroda in Ranji  cricket. In 2000, he took 8 wickets in Ranji Final against Railways and selected Man of The Match , awarded him to make his name in National team. He made his international debut in both test and one day in the same year 2000 versus Bangladesh and Kenya respectively & T20 international in 2006. Along playing with national side, he also played for Worcestershire in english county. He was also been a part of RCB and Mumbai in IPL and currently playing for Delhi Daredevils in the same version. Best known for his hostile seam, pace bowling with reverse swing & inch-perfect those toe-crushing yorkers, played his last test in February,2014 against New Zealand and ODI in 2012 before a tendon injury in his bowling arm forced him out of the national side. Finally , on this 15th October he decided to announce his retirement from international cricket. He will be available for next IPL season though. 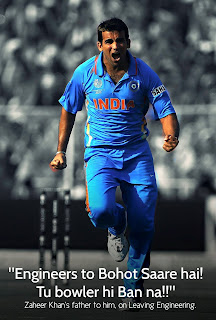 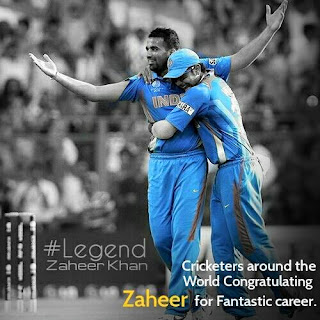 • He conferred with the ARJUNA Award, India's second highest sports award by the President of India.
• Selected Wisden cricketer of the year in 2008.
• Took 51 wickets in a calendar year.
• India's fourth most successful wicket-taker with 610 across formats.
• He bowled G Smith 14 times, most by any bowler.
• He was the joint highest wicket-taker (21) in the 2011 World Cup that India won. 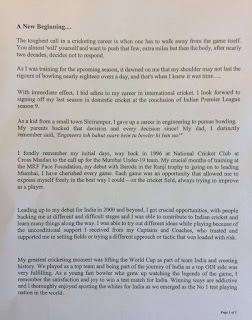 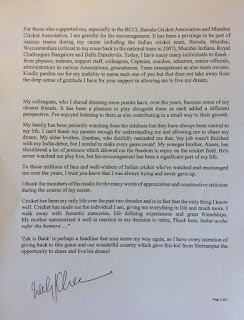 On announcement of his retirement, Zak remembered his colleagues, familiars, fans and BCCI for their support throughout his career. On behalf of so many cricket lovers, I'm also wishing him a success in his new beginning. Hope he'll always enjoy his passion even away from dressing room. We will miss You, Zak andlooking forward to see that-old-zaheer in IPL-9.
Thank you, Zaheer for all the memories
Posted by Unknown at 16:34:00