Extravaganza of IPL 2017 Starts off

The tenth season of the IPL is now underway with Hyderabad hosting the first of the eight ‘opening ceremonies’. Eight teams and many stars in this glamourous league but there may be no applause louder than when Indian cricket’s ‘Fab Four’ entered the arena for a special felicitation by the BCCI. Sachin Tendulkar, Sourav Ganguly, Virender Sehwag and local favourite VVS Laxman each were given mementos by members of the COA before the fanfare started.Virat Kohli and David Warner were ushered into the stadium on open jeeps with the captain of the defending champions’ side Warner carrying the trophy with him. 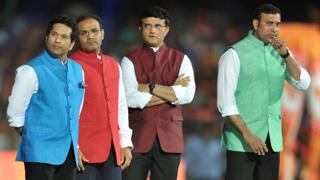 Excerpts:
Sachin Tendulkar: I cannot believe that the IPL has reached 10 years. This is a big achievement. When IPL was announced in 2007 I never thought the league would become so big.

VVS Laxman, Assistant coach - Sunrisers Hyderabad: The biggest gain from the IPL is for the uncapped players. The kind of exposure they get not just from Indian players but cricketers from around the globe.

Sourav Ganguly: It is phenomenal to see the effect IPL has had on cricket. I went to watch the FIFA World Cup some years back, and this is very close to that. The people it attracts is amazing.

Virender Sehwag, Head of Cricket Operations - KXIP: I think I played all three formats in the same way. I never changed my mindset, I tried to play and hit every ball in Tests or T20. I believe in one thing - if you play cricket, you should play to entertain people. 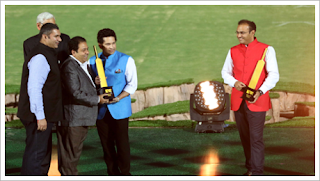 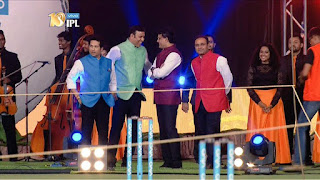 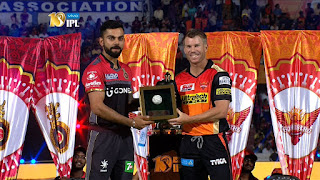 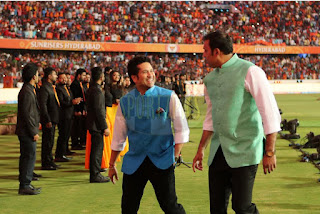 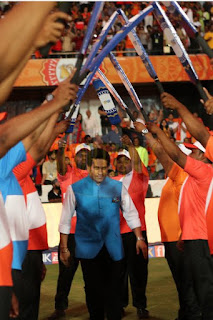 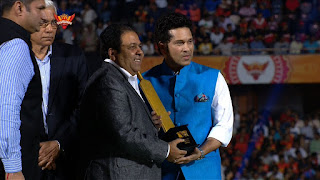 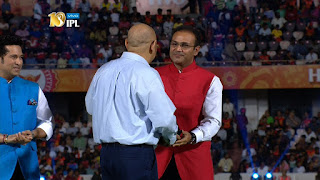 Bollywood actress Amy Jackson performed in the opening of IPL 2017.
Posted by Unknown at 23:59:00