Despite justice mudgal committee's report over Spot fixing in IPL 6 probing in thousands of pages and The indication towards 6 Indian team players including Ms Dhoni, Raina etc , IPL-7 auction was held in a hotel of Bengaluru where 514 players were auctioned and respected team owners placed bid to bring their fav player under their caps investing a huge amount of money after a instructions by honorable Supreme court of India. Total 274 crores Indian currency were transited which is undoubtedly a huge amount for us. In these 514 Players which were auctioned, some were capped and some were uncapped. In which A total of 154 players sold, including 50 overseas players. As many as 66 players will represent their last season's franchise (24 retained + 13 RTMs + 29 bought in auction).

"Srinivasan named in match-fixing report"  Hon'ble Supreme court of India released fresh statement in the spot-fixing scandal ahead of inauguration of IPL-7. This was what prompted the Supreme Court, in its order today, to state that N Srinivasan was one of the 13 people named in the list against whom the Mudgal committee had made allegations.

Now we are All set for Pepsi IPL 2014.
The seventh season of Pepsi IPL was flagged off in Abu Dhabi with a generous dose of fun and frolic. 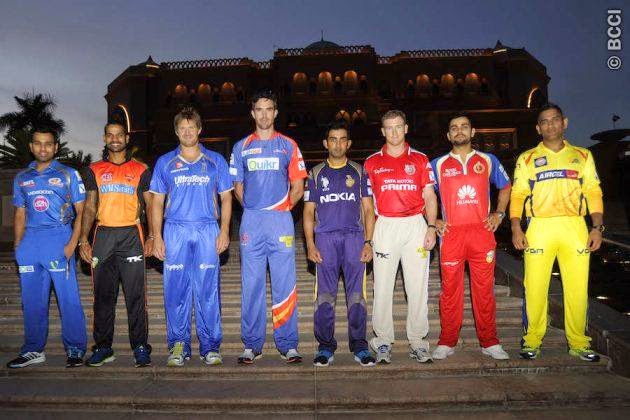 First phase of IPL matches will be completed in UAE due to Elections in India. Thus the entertainment will not be same for Many Indian Fans.
Here is the detail of  all the players with their respective teams : 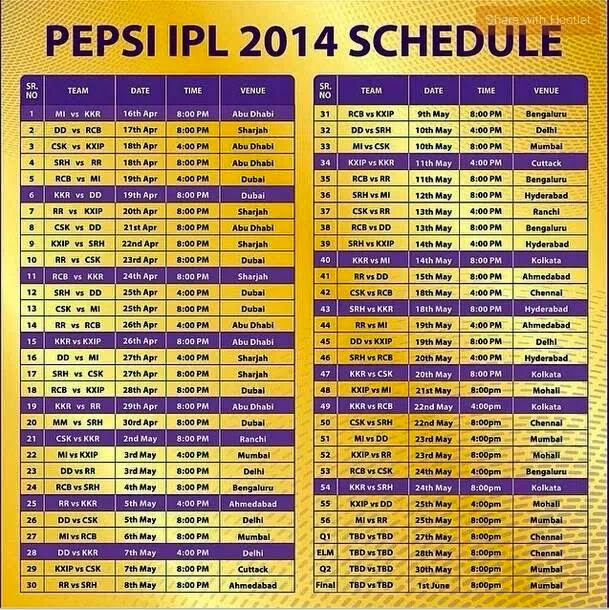 In pics: A look at past IPL title winners : 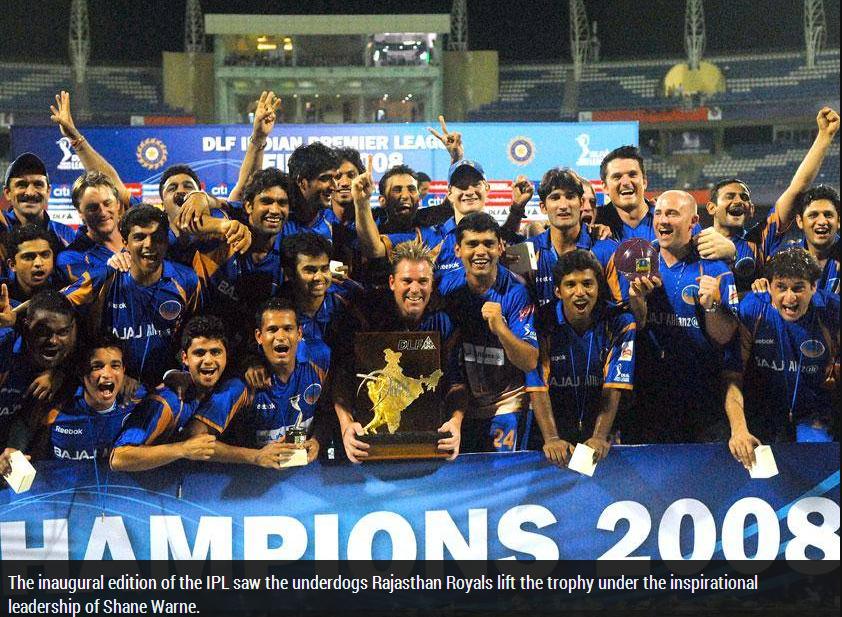 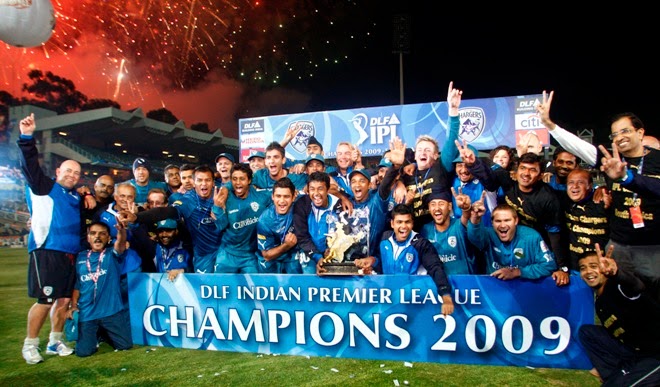 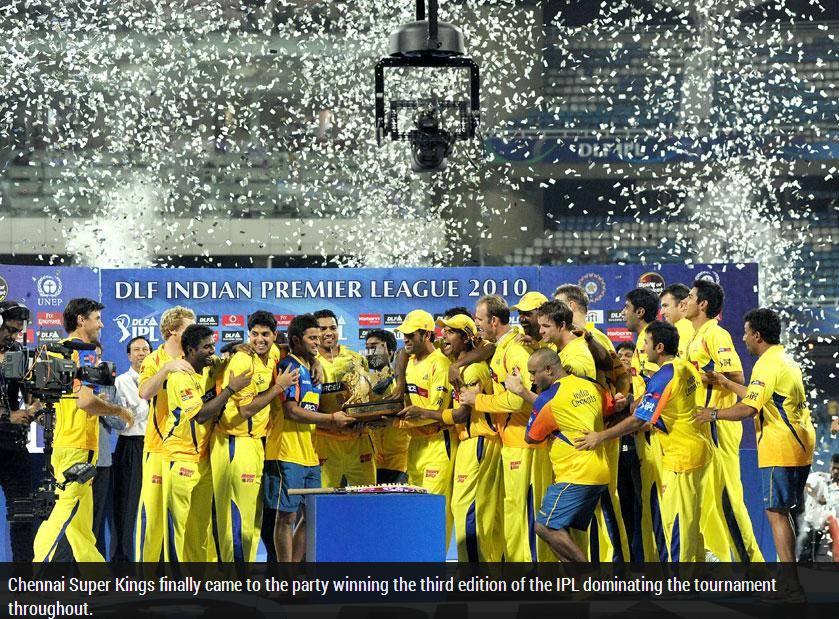 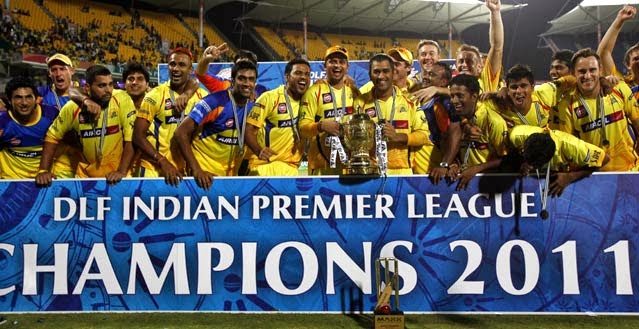 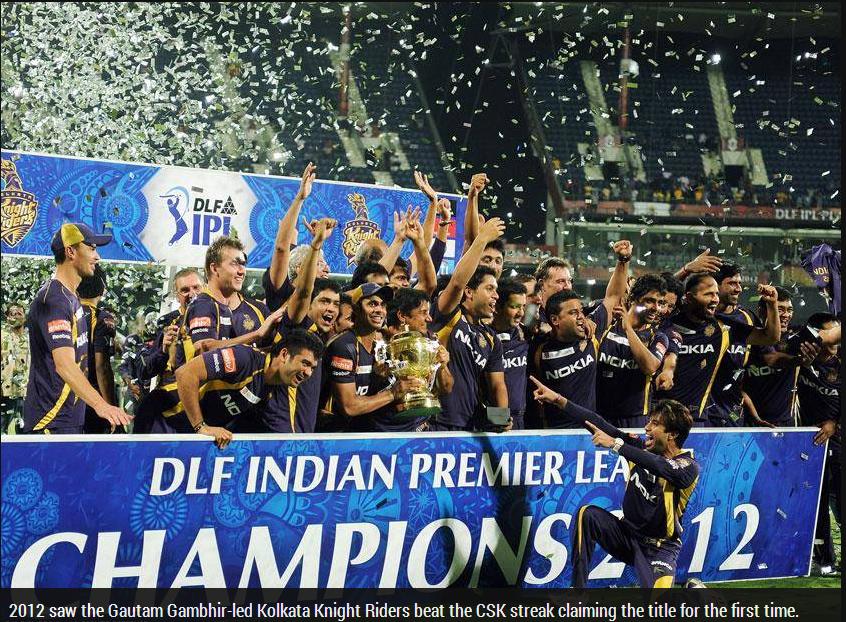 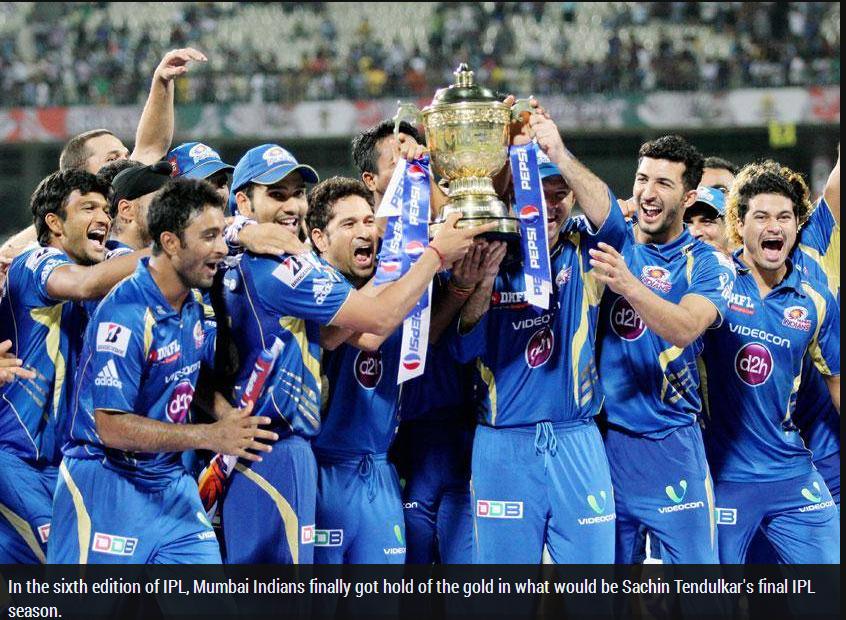 105 - The most runs scored by a batsman off a bowler in the tournament - Virat Kohli holds the record against Umesh Yadav, scoring 105 off 53 balls, and being dismissed once.
40 - The number of dot balls Pragyan Ojha has bowled to MS Dhoni, the most by any bowler against a batsman in the competition. Ojha has dismissed Dhoni six times - also a record in the tournament - in 96 balls, conceding 98 runs. The next in the dot-ball list is Praveen Kumar against Sachin Tendulkar (34 dots).
10 - The number of players retained this year by Rajasthan from their 2013 squad, the highest by any team. The next-highest is eight, by Mumbai.

1105 - Runs scored in the league by Ravindra Jadeja, which is the highest by any batsman who hasn't scored
a half-century yet.
85 - Ojha's wicket tally so far, the highest by a bowler who doesn't have a single haul of four or more wickets in the tournament. Dale Steyn is the next bowler in the list, with 78 wickets.
1181 - Runs scored by Dhoni in the last five overs, the most by any batsman. He has scored them off 648 balls, a run rate of 10.93 per over. The next-best is Rohit Sharma with 886 off 483 balls, a rate of 11, while AB de Villiers has 671 off 318 (12.66).
91 - Sixes that have been hit off Piyush Chawla's bowling, the most off a single bowler. Amit Mishra has gone for 86 sixes, followed by Praveen Kumar with 74.
37 - Runs scored by Bangalore in the third over of their match against Kochi, the most runs scored in a single over. P Parameswaran was the bowler, and Chris Gayle the batsman. The sequence read: 6, 6(nb), 4, 4, 6, 6, 4.
5 - The number of wicket-maiden overs bowled by Dale Steyn and Praveen Kumar, the most by any bowler in the competition.

MS Dhoni, Chennai Super Kings: With 96 IPL matches as skipper, a win percentage of 61.05, two IPL titles, one Champions League victory and as a batsman 1589 runs at an average of 38.01, Dhoni clearly has been a class apart in the tournament. The 32-year-old's international record as a captain is unmatched and his calm demeanour under immense pressure has been his USP.

Kevin Pietersen, Delhi Daredevils: The charismatic Surrey batsman has a lot to prove after his international career was unceremoniously ended by the ECB.

George Bailey, Kings XI Punjab: Captaincy and George Bailey go hand in hand. He made his T20I debut as Australian captain and went on to lead the Aussies in ODIs in India in the absence of Michael Clarke. More than his destructive batting, Bailey is known for his leadership.

IPL’s credibility needs to rebuild and we hope there will be no corruption and Spot fixing to be faced off !
Posted by Unknown at 16:15:00