The Board of Control for Cricket in India announced the 15-member squad in Mumbai for the first two test matches in a 5- matches Test series at home against England as the tour is beginning from November 9. 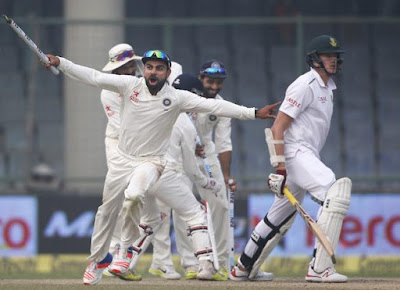 MSK Prasad, the chief of selectors, addressed a press conference in Mumbai and mentioned that they Preferred Hardik Pandya over anyone else even though he is not played that much FC cricket.

Stating Further he reckoned, "at one point of time we all have to agree that we need to identify good all-rounders. After the Australia A tour, his pace has increased, he's able to move the ball and his batsmanship has improved. Rahul Dravid has worked on his mind and techniques and now Anil kumble is guiding him which made me ahead of other contenders."

Delhi's Ranji team skipper Gautam Gambhir retained his spot in the squad as an opener after KL Rahul and Shikhar Dhawan failed to recover from their injuries. Karun Nayar has been taken in for Rohit sharma who is struggling from a hamstring problem. Pacer Ishant sharma also gets succeeded to make his comeback after an injury.
India are currently ranked No.1 in after thrashing New Zealand 3-0 at home last month. This series though is expected to be a stiffer test for the home side after England beat them 2-1 in 2012 on their previous tour.